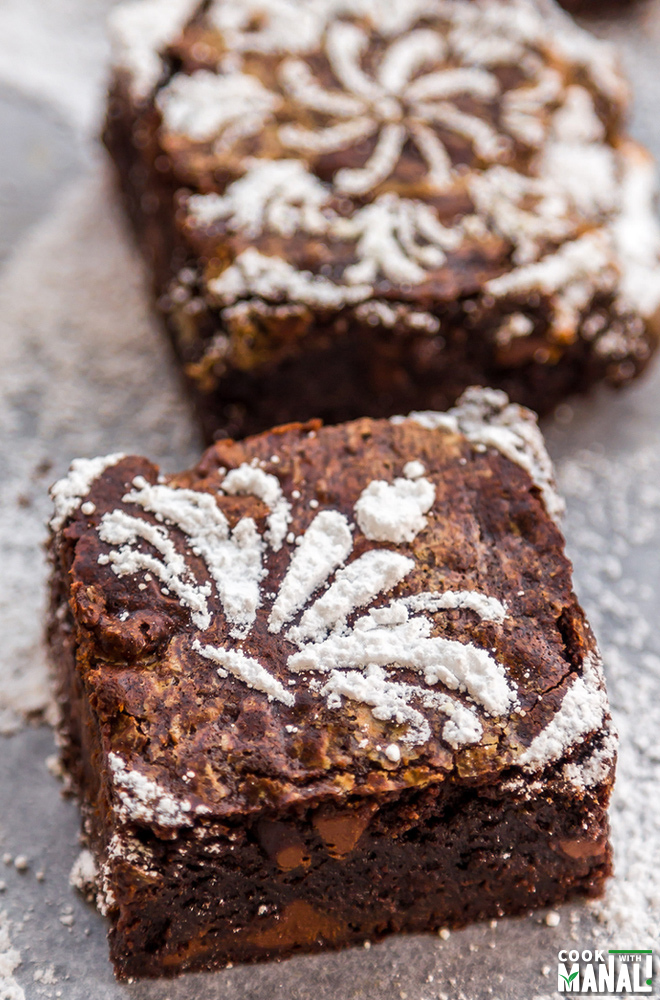 Brownies are one of the easiest things to bake. Don’t you guys agree? You don’t need a stand mixer, heck you don’t even need a hand mixer for making brownies. The batter is made in 1 bowl with a spatula, there’s no creaming, sifting etc. and you just have to mix everything together till combined. I am addicted to baking but if you ask me if there’s one thing that I don’t like about it, well it has to be the cleaning part. My kitchen is such a mess after I’m done baking and that’s why I love baking brownies. Less dishes = less cleaning. Hurrah! 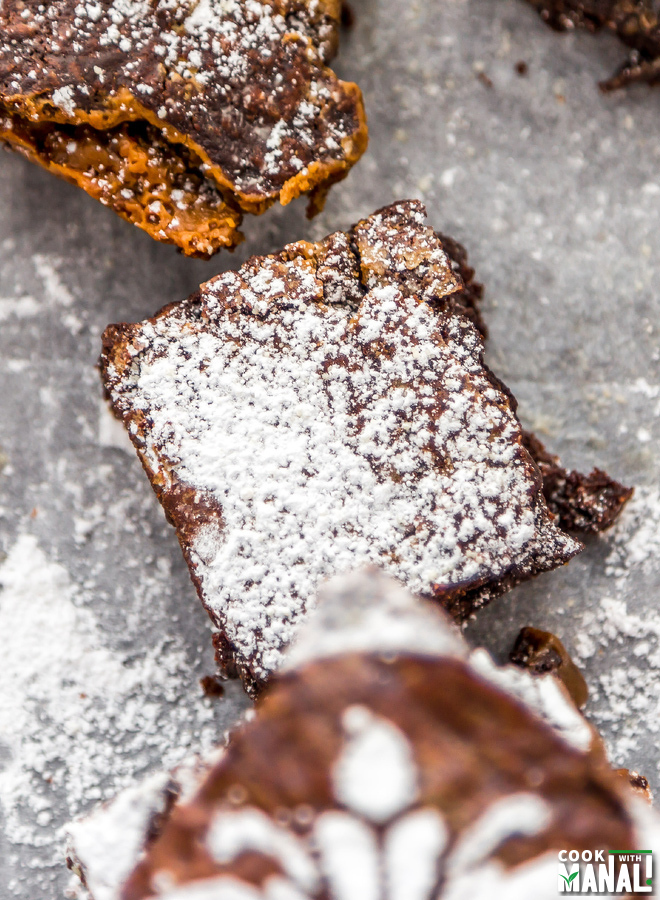 Did you check this Pumpkin Cheesecake that I made last week. It is the most incredible cheesecake and I would strongly recommend making it for Thanksgiving. Anyway why am I taking about this Cheesecake now? Well because it was topped with a caramel pecan sauce and after using it in the cheesecake I was left with some more sauce. So what do I do? Use it in another recipe, simple right! And so here it is my chocolaty and fudgy Caramel Pecan Brownies which I made last week itself by using the leftover caramel sauce. 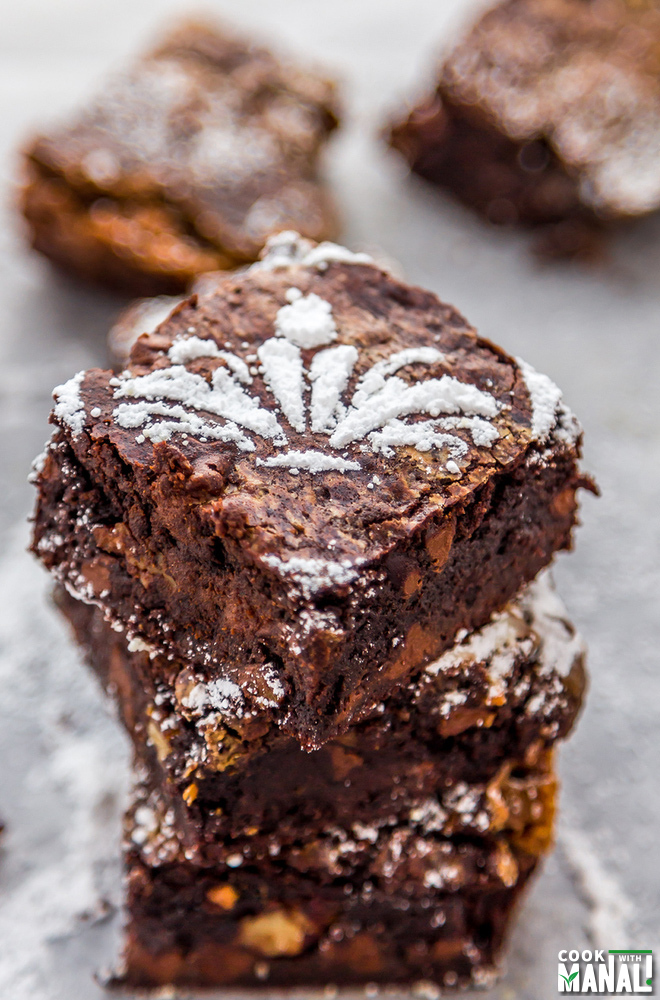 These brownies have all that you look for in a perfect brownie. There’s chocolate, there is caramel and there are pecans, can it get any more perfect? Eating one big bite of this brownie might induce a sugar coma but it’s so worth it! We had a warm brownie with vanilla ice cream, ahh pure bliss! The best part is the caramel and pecans sandwiched between the brownie layers, you have to taste it to believe it!

I have used 1 cup of sugar in the brownie batter because the caramel pecan sauce already had lots of sugar in it. If you decide to make this brownie without the caramel sauce, increase the amount of sugar to 1.25 to 1.5 cups. 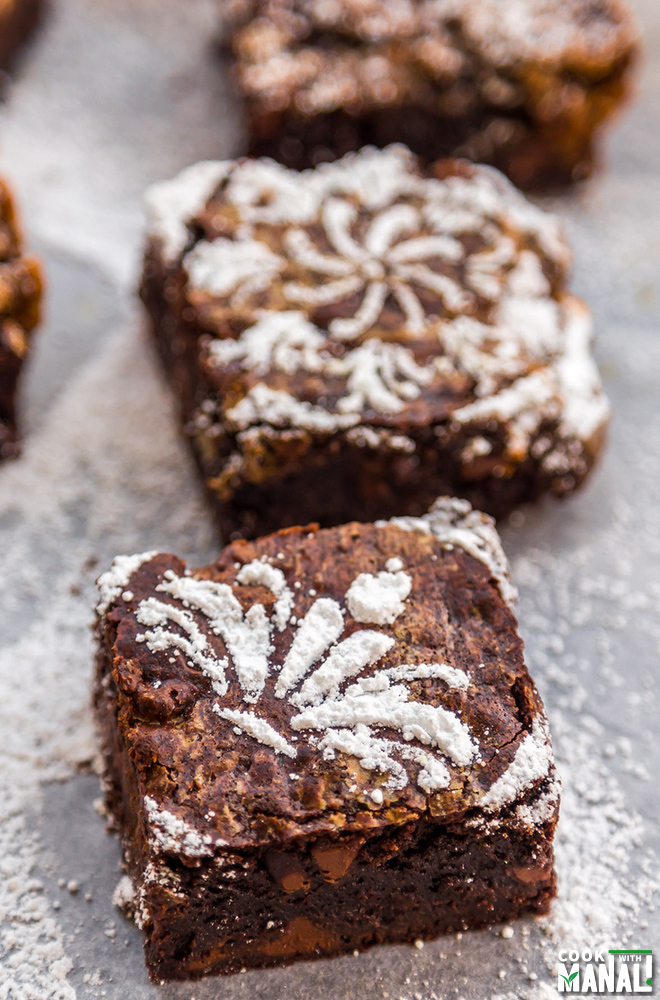 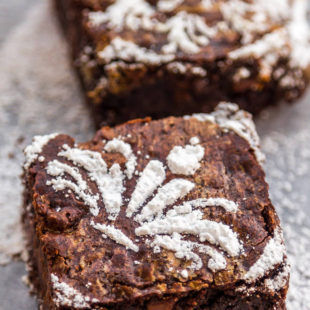