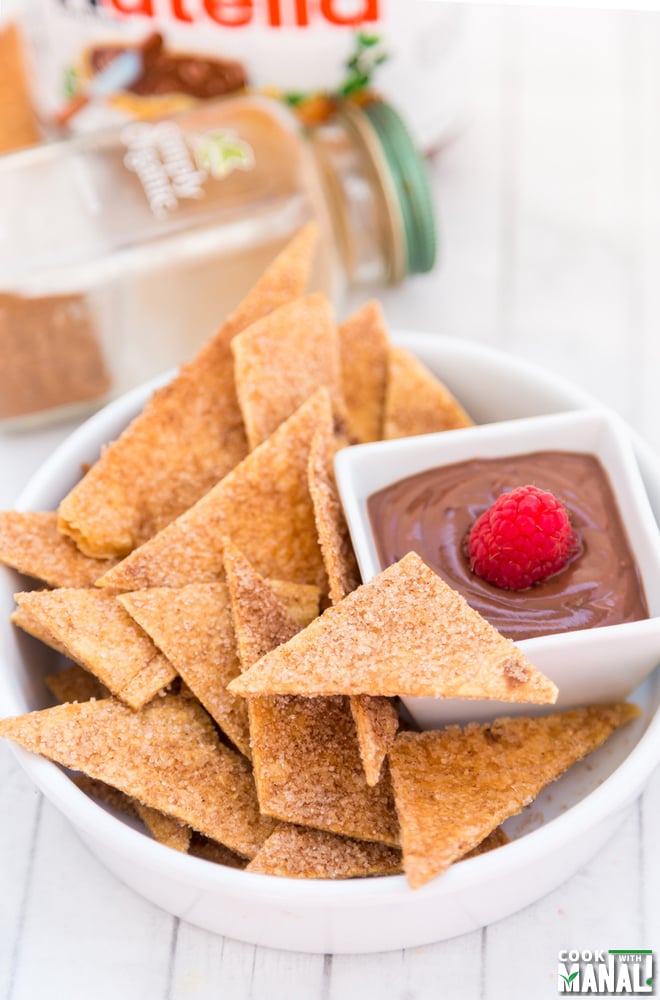 I guess I’m the not the only one obsessed with cinnamon. It’s one of the most popular spices especially when it comes to baking and there’s a reason for it. You add it to any baked good and the flavor just doubles, really! Plus the aroma when you are baking with cinnamon make you feel heavenly, case in point being these overnight cinnamon rolls. <3 So because I love cinnamon so much and had some extra tortillas lying in my kitchen, I thought of creating a snack using my favorite spice and so these Cinnamon Sugar Tortilla Chips were baked and devoured. If the chips weren’t delicious enough, the nutella dip kind of took it to another level. Okay my opinion might be biased since I’m a nutella fanatic but my not so nutella-loving husband also said that the dip and cinnamon sugar tortilla chips were fantastic together so I guess I can trust his opinion 😉 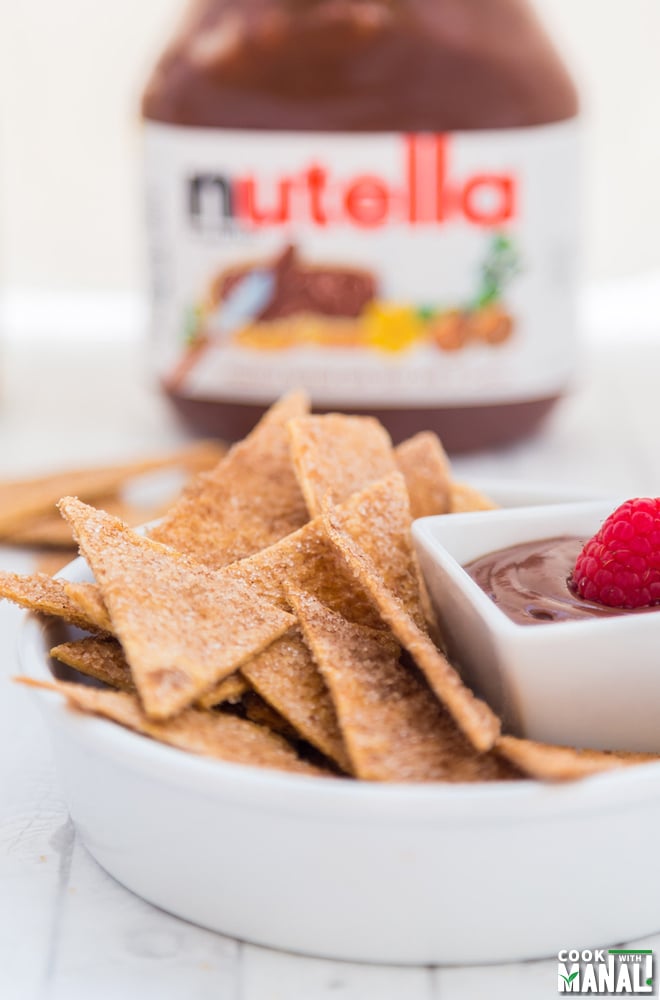 In the picture above I used less cinnamon sugar mixture so I made another batch and then added a whole lot as you can see in the picture below, the tortilla chips look really dark and loaded with cinnamon. While both were good, my votes goes to the overloaded cinnamon chips and that’s the recipe that I am sharing with you today. These are super simple to make, the prep time is less than 5 minutes.

Simply brush tortillas with melted butter on both sides and then sprinkle generously with the cinnamon sugar mixture all over. Cut the tortilla into small triangles and bake at 350 F degrees for 15-18 minutes or till the chips get really crispy. It’s that simple! 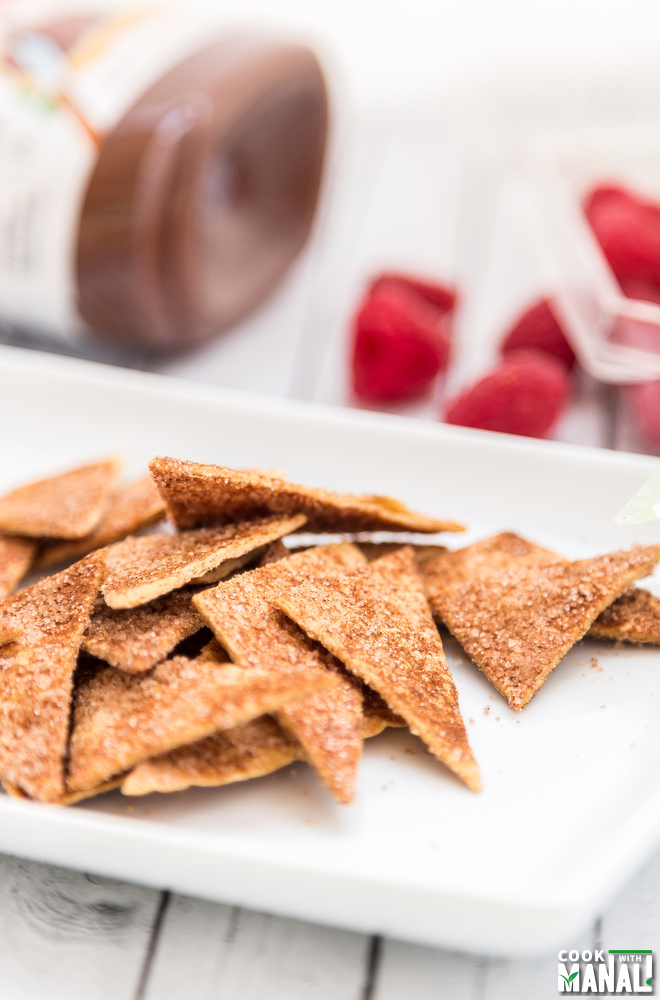 While the chips are baking make the easy nutella dip by mixing together nutella and greek yogurt. If you love nutella as much as I do, then you are probably going to eat this dip straight out of the bowl with a spoon. I mean who has the time to wait while chips are baking? Not when nutella in involved! 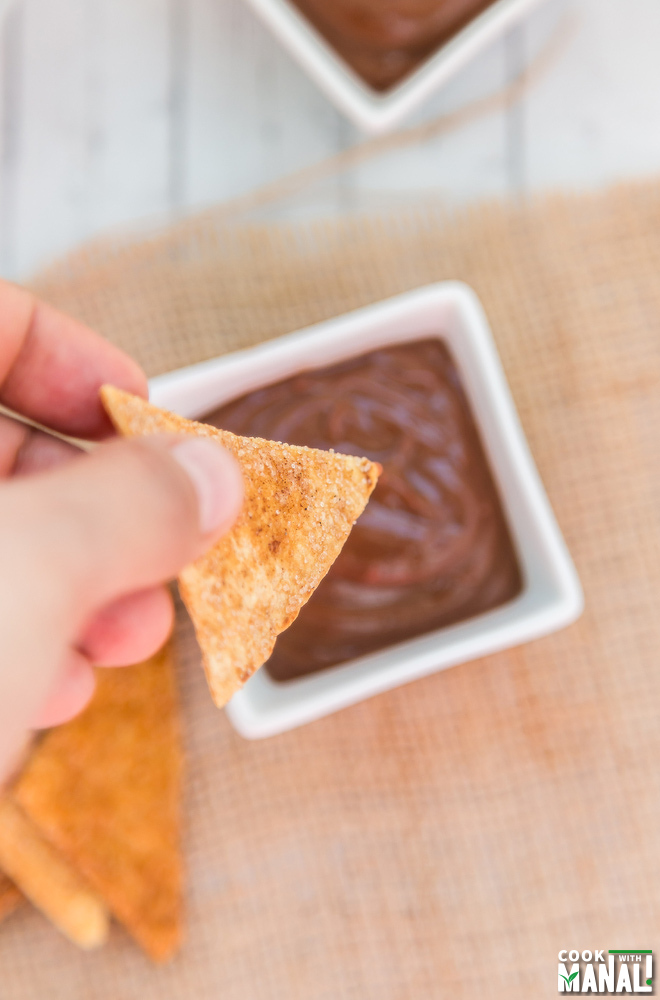 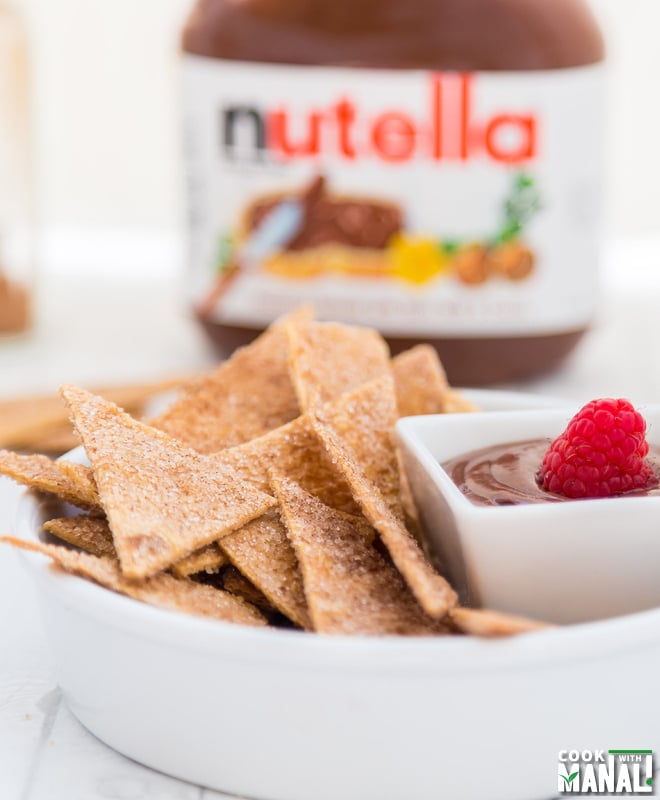 * I used really large tortillas and hence could use only 2 before my sugar-cinnamon mixture got over. You can use 4 small tortillas in place.

* Sprinkle the tortillas generously with the cinnamon-sugar mixture. 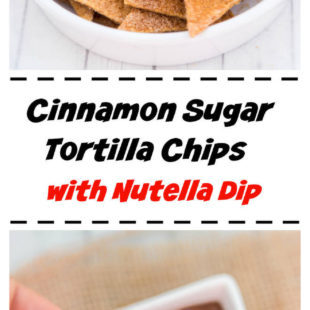 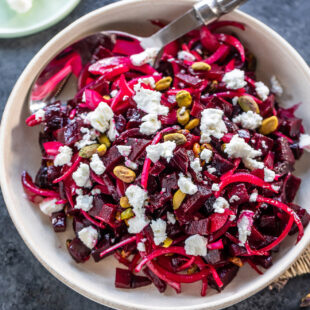 Food definitely takes the centerstage on Thanksgiving. Here’s a collection of my favorite vegetarian recipes that you can make this thanksgiving.