Fudgy Red Velvet White Chocolate Cheesecake Brownies are the perfect little treat for Valentine’s Day! If you love red velvet + brownies + white chocolate + cheesecake, then you need to make this! 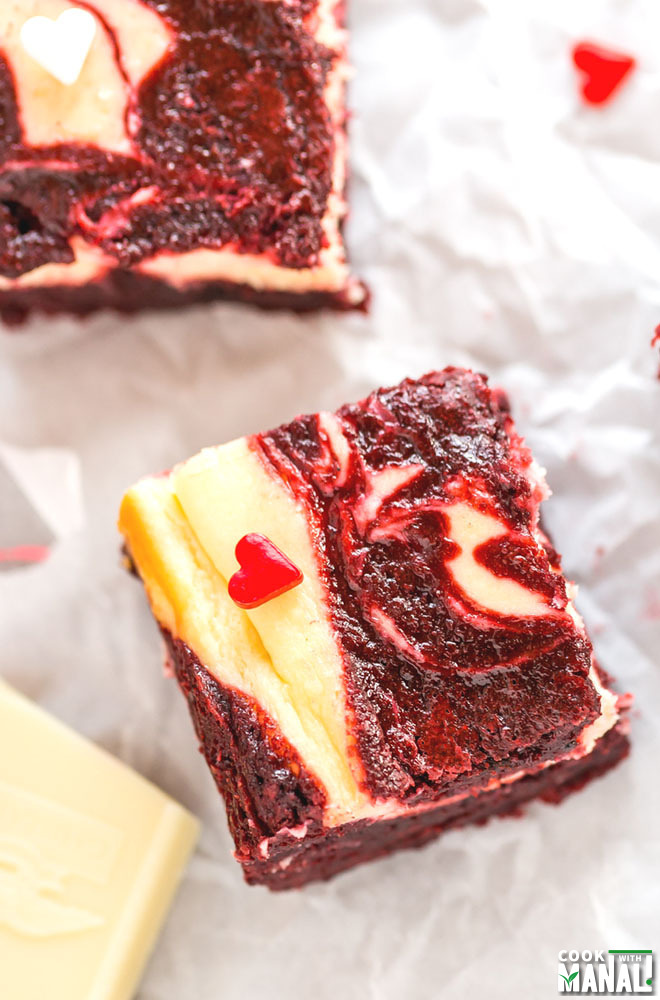 It’s the week of all things red and pink and of course chocolates! You guys know the first dessert I ever baked was a brownie. And this was when I was in school, so way way back. And we didn’t have an oven, it was unusual for anyone to own an oven those days in India. So I baked in the microwave, using a recipe on the back of a box of cocoa powder. And guys, I really thought it was best brownie ever. Honestly, now I can’t even remember it’s taste but you know the excitement of baking something for the first time – I guess that sealed the deal for me!

Brownies are my go to dessert when I have to make something quick. They come together so quickly and I always have the ingredients for brownies anyway in my pantry. I mean it’s pretty basic stuff so most likely you will have it too. So I thought I should share a quick and easy brownie recipe with you guys for Valentine’s Day and since it’s time for all things red velvet I made these Red Velvet White Chocolate Cheesecake Brownies. These fudgy red velvet brownies have a white chocolate cheesecake swirl which makes them all the more decadent. 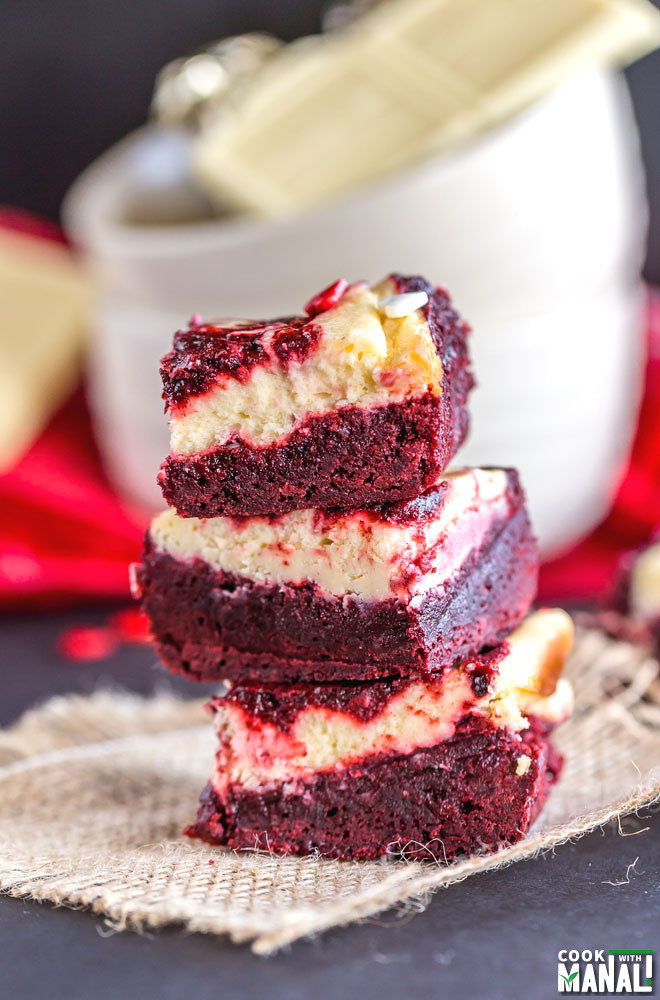 Today’s post is special guys. I keep talking about how amazing the blogging community is and so when there was this opportunity to show my fellow food bloggers some love, I jumped onto it. For the #FoodBloggerLove campaign, we were all assigned a blogger to whom we had to dedicate a recipe. Of course this was all a secret till now! I was really excited to find out my fellow blogger for this task – Nichole from Cookaholic Wife. Over the last few weeks, I have read several of Nichole’s recipes and let me tell you they all sound so good that it was hard for me to pick a favorite. She has so many amazing recipes on her blog, lot of gorgeous desserts and I can’t wait to make her Cinnamon Crunch Braided Brioche Bread. Sounds good, isn’t it? Nichole has been blogging since 2009, I think that’s so amazing, to have been blogging for what 7 years now? That is awesome Nichole and I hope you continue to share more such delicious recipes with all of us in the coming years. These Red Velvet White Chocolate Cheesecake Brownies is my small attempt to show how awesome you are and I hope you like it! : ) 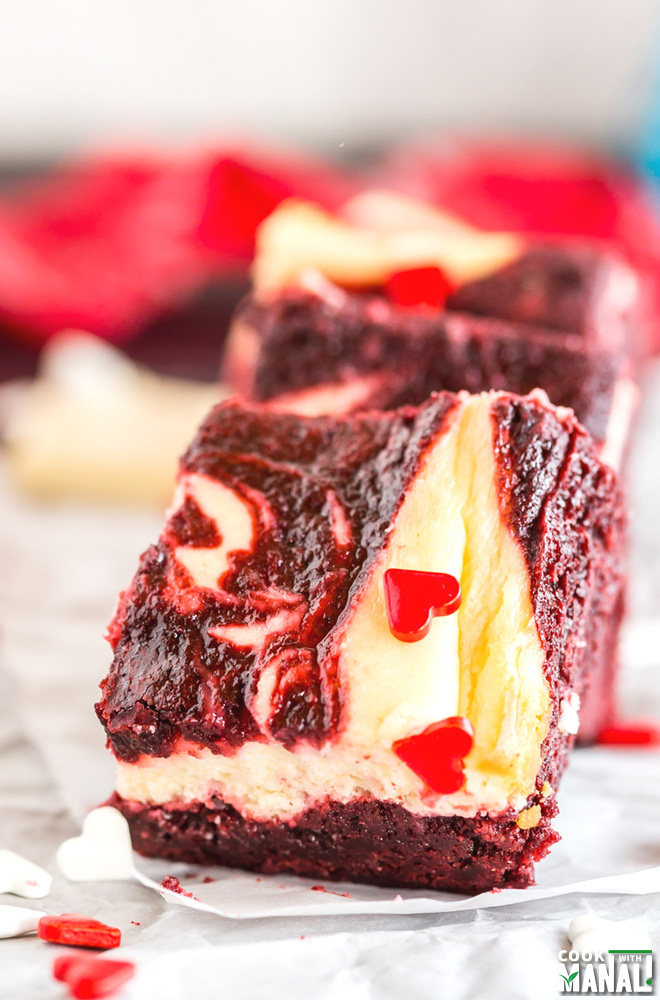 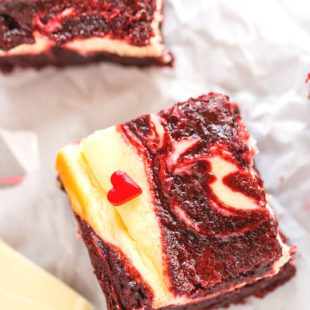