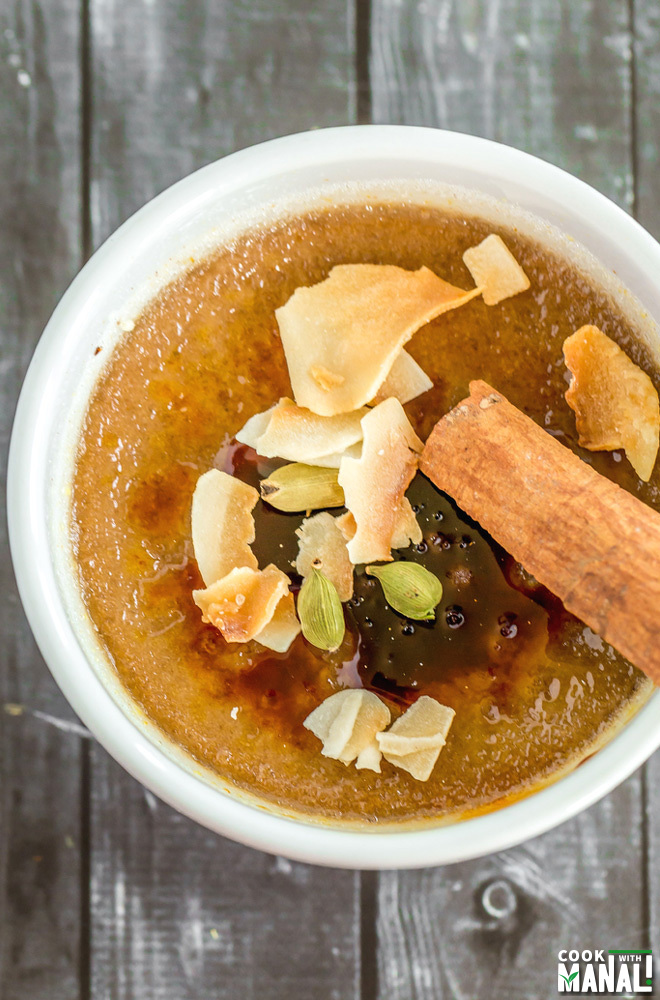 Sometimes the best recipes are unplanned just like this chai creme brulee. Usually I think about a recipe and then make it but sometimes I make them unplanned and it’s so exciting when they turn out well! This weekend, I made some mini cupcakes for a charity foundation. For my vanilla cupcakes, I used a lot of egg whites and so obviously I was left with some egg yolks. Usually I would have thrown them because I was neck deep in work and didn’t really have the mind to think of what to do with those yolks. But I don’t know why I just left them at the counter while I baked some 150 mini cupcakes! When I placed my last batch of cupcakes in the oven, I looked at the yolks and suddenly out of nowhere I thought of making this masala chai creme brulee! It was that instant, no planning whatsoever! I really just worked with whatever I had on hand and I have to say this experiment turned out so well, way beyond my expectations! 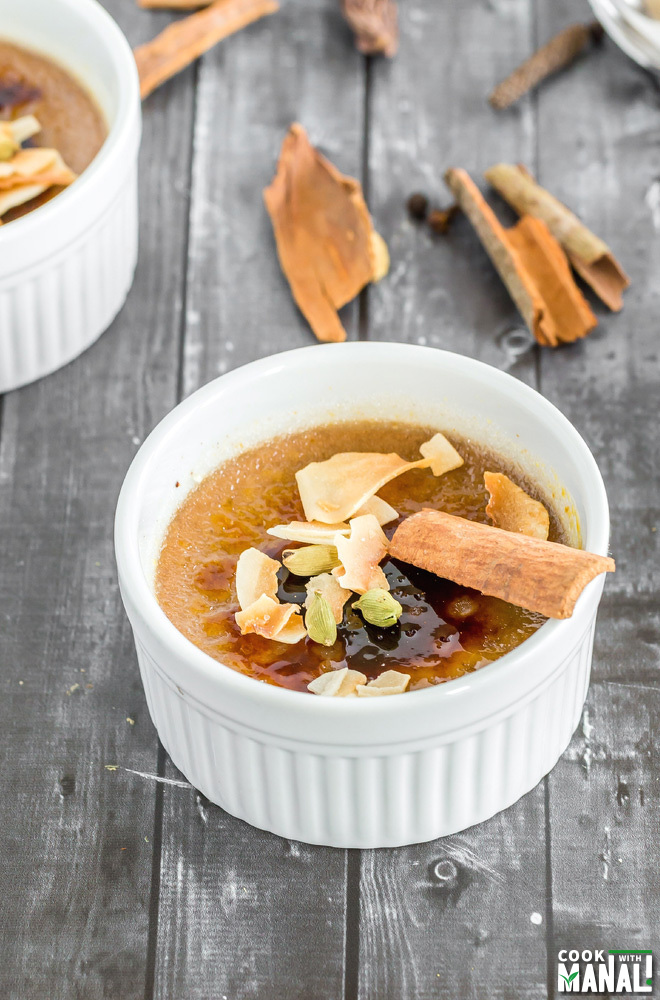 Creme brulee is such an easy dessert, yet it looks so fancy. The contrast between the hard sugar crust on top and creamy custad underneath it makes it really special. For this chai creme brulee I used heavy cream and coconut cream. You may use heavy cream only but I thought the coconut went so well with all the other flavors. Since I was making a dessert inspired by the very famous Indian masala chai, I used lot of spices like cinnamon, cardamom, ginger, cloves etc. The process is really simple, you just heat the cream and coconut cream together and then add the spices and black tea bags to it. Let it steep for 15 minutes at least so that all the flavors get absorbed by the cream and them simply combine it with the yolk-sugar mixture, pour the custard into ramekins and bake. 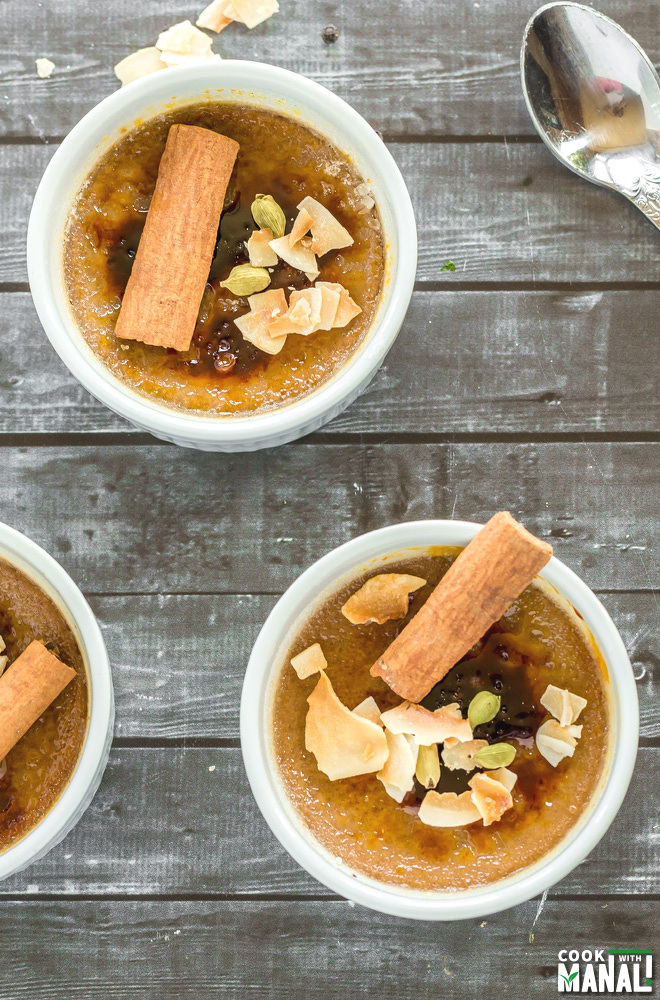 My favorite part about making creme brulee is always when I get to caramelize the sugar with my creme brulee torch. Oh it’s a lot of fun ! I ended up caramelizing the sugar a bit too much at places but that’s okay, not a deal breaker! Chai is an integral part of my culture and so obviously this creme brulee is special to me. I hope you guys give this very flavorful masala chai creme brulee a try! I topped these some store bought toasted coconut chips that I got from Costco but that’s completely optional.

* You may use coconut milk in place of coconut cream in this recipe.

PS: those cardamom pods on top of my creme brulee was for photographs only. Don’t serve them like this!

PPS: Since I told you guys how busy I was when I made these, I didn’t get the time to click step by step pictures. Sorry about that but almost similar to the steps pictures in this S’mores Creme Brulee. 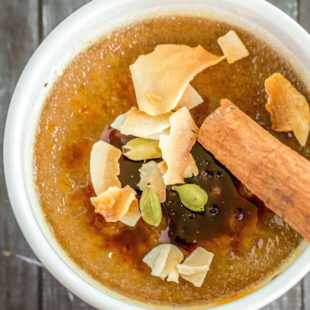